40-50% of Hungarian restaurants will fail and close

Up to half of Hungarian restaurants may close in the near future. According to Zoltán Barabás, there is a good chance that 40 to 50% of restaurants will close.

As can be read in dehir.humarket participants expect a 15-20% price increase for restaurants, according to news reports, but some estimates suggest even a 50% increase is possible.

As mentioned on the TV program, a good chef now demands double or even triple their pre-pandemic salary. According to the expert, wage demands are becoming unrealistic and no longer affordable for restaurateurs.

He added that it is understandable that workers in the restaurant industry are asking for a pay rise, as expectations in the industry are extremely high and workers should be paid accordingly.

“We are talking about net salaries between 500,000 and one million HUF (1,400-2,800 EUR), which would require a terrible turnover. It should also be added that if the chef earns that much, the chefs behind him must be paid at least 50%”.

As dehir.hu reported, Barabás also complained about the disappearance of loyalty in the sector: while 80 to 90 employees out of 100 were loyal to their company, they are now only 10 or 20 at most.

“There is a huge morale problem in the restaurant industry. I’ve been in the industry for 44 years and I’ve never had morale issues like the ones I’m facing now,” he said.

He also said that there is no raw material quality problem, but prices have increased by 20-25%. They have to pay five times more than last year for the natural gas they use and the price of electricity has also doubled.

Zoltán Barabás says that speaking to restaurant workers and reading posts on professional Facebook groups, it’s not too much to expect a 50% price increase in some restaurants, and he doesn’t think that the market will be able to deal with that. 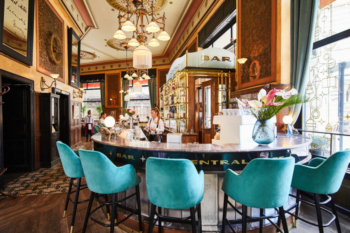