NUR-SULTAN – Hungarian Deputy Prime Minister – Minister of Finance Mihály Varga is on an official visit to Kazakhstan, where he participated in the fifth meeting of the Kazakh-Hungarian Strategic Council which brought together 50 Hungarian business leaders. As part of his visit, he also met President Kassym-Jomart Tokayev and Prime Minister Askar Mamin.

Varga received the Dostyk Order (friendship in Kazakh) in recognition of his contribution to the development of Kazakh-Hungarian cooperation. Photo credit: Akorda

The volume of trade between Kazakhstan and Hungary in the seven months of 2021 amounted to $ 79 million, Kazakh Minister of National Economy Aset Irgaliev said at the forum. There are currently 29 Hungarian-owned companies and 41 joint ventures active in Kazakhstan. Over the past 10 years, Hungary has invested $ 226 million in the Kazakh economy and $ 14.6 million in the first half of 2021.

“We work in close collaboration within the Intergovernmental Commission for Economic Cooperation, the Cooperation Council of Turkish Speaking States and the Kazakh-Hungarian Strategic Council. They are effective platforms for the development of bilateral economic cooperation, ”Irgaliyev said.

Irgaliyev spoke about the current economic situation in Kazakhstan, saying economic growth reached 3.4% in the first nine months of 2021.

“We see Kazakhstan as a country that has achieved enormous economic results. We are very happy with our bilateral contacts. Hungary will remain open to Kazakhstan and seek opportunities for economic cooperation, ”Varga said.

Kazakhstan offered the Hungarian partners to start setting up joint high-tech companies in Kazakhstan with the aim of targeting the Eurasian Economic Union, a market with more than 180 million inhabitants.

“Hungary is one of Kazakhstan’s main partners among the countries of Eastern Europe. We have an extensive legal framework and stable trade and economic relations. I am convinced that the implementation of the agreements reached will strengthen the foundations of our economic cooperation and, in the future, take our relations to a higher level, ”said the Minister. 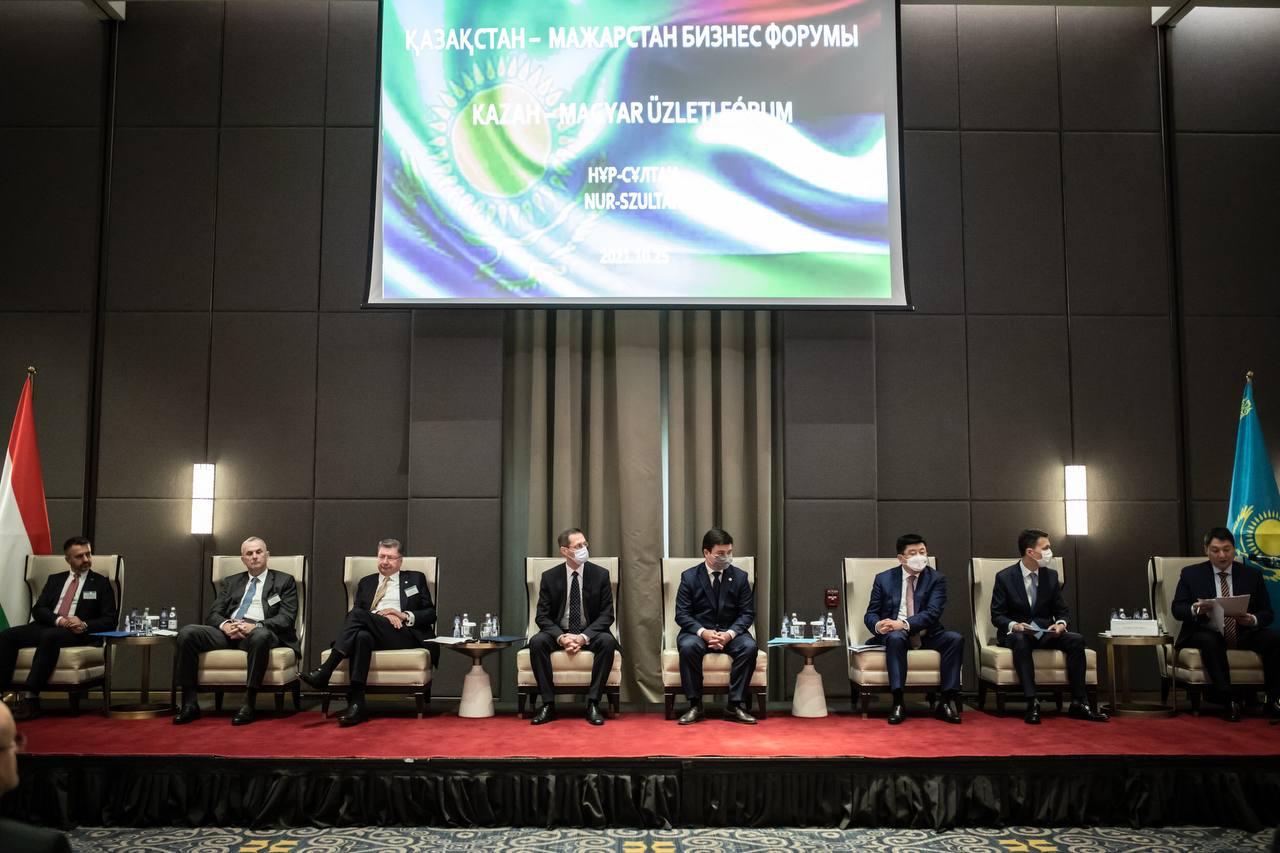 At the end of the meeting, Kazakh Invest Vice-President Zhandos Temirgali signed a tripartite cooperation protocol with Globalia Kft and ANM Group which envisaged the construction of a solar power plant worth $ 50 million with a annual production capacity of up to 500 MW.

Kazakh and Hungarian businessmen also had the opportunity to meet to discuss cooperation in agriculture, energy, construction, chemical industry and mechanical engineering. .

During Varga’s meeting with President Tokayev, the parties discussed the prospects for developing bilateral relations in the areas of trade and economy, finance, investment, culture and humanitarian aid as well as measures to combat the pandemic and change. climate.

Varga said that despite the current uncertain situation in the world, the Kazakh-Hungarian relations have been able to maintain their activity and dynamism. He said his country looked forward to President Tokayev’s visit in the near future.