Fruits and vegetables in wholesale markets and in retail stores in Hungary are currently more expensive due to the low season. Traders are also keeping tabs on escalating developments in neighboring Ukraine.

The higher prices aren’t just because most fruits and vegetables are out of season, but higher minimum wages and higher energy prices are all driving increases, says Beáta Szôke, Product Sales Manager at Apimex Budapest, a regional exporter and distributor of fruit and vegetables. in Hungary.

“Because we are out of season with potatoes, carrots and tomatoes as well as fruits like watermelon, we are selling whatever is left in stock. They are not the freshest produce, but the prices are very high due to an increase in the minimum wage as well as high world energy prices and other sources of increases. The biggest concern for the Hungarian fruit and vegetable sector is the upcoming national elections in April,” says Szôke.

As tensions rise between Ukraine, a neighboring country of Hungary, and Russia, it is not only the rest of the world but the Hungarian fruit and vegetable sector that is closely monitoring developments in this country. Apimex Budapest Kft. is a major distributor and exporter of Hungarian fruits and vegetables to European countries while importing certain fruits to this country. “We export to Europe with Ukraine, a major competitor that is able to supply more volumes as well as better quality products than us,” Szôke explains.

“The current situation between Ukraine and Russia is a source of uncertainty. If their farmers cannot produce or export their crops to countries like Poland and the Czech Republic and other countries in the region because of the situation, it will leave us with a void. We can then fill this gap in these Hungarian fruit and vegetable markets. We would then be able, for example, to supply larger quantities of our early season asparagus and other products to Germany and Austria, where demand is still good,” says Szôke.

Gábor Szegedi, sales manager of Garten, a leading exporter based in Budapest, Hungary, agrees with Szôke that prices are high in their country due to seasonal shortages. Garten exports fruit and vegetables from Hungary to Scandinavia, the Baltic countries, Germany, Poland and other neighboring countries.

“Our fruits and vegetables are out of season. We have the fruits and vegetables stored. Wondering about the weather, so far it hasn’t been too cold. It was a very hot winter. Situation in recent years and after that we had a very cold spring, March and April so we started very late. We don’t know because of the cold in March and April. Now we’re not late, maybe a little earlier, we start with Garten, Chinese cabbage, asparagus, white and green. These are our first fresh products. Now that we’re thinking of starting earlier than usual, we still have a few questions. Production is normal, neither more nor less than last year,” says Szegedi. 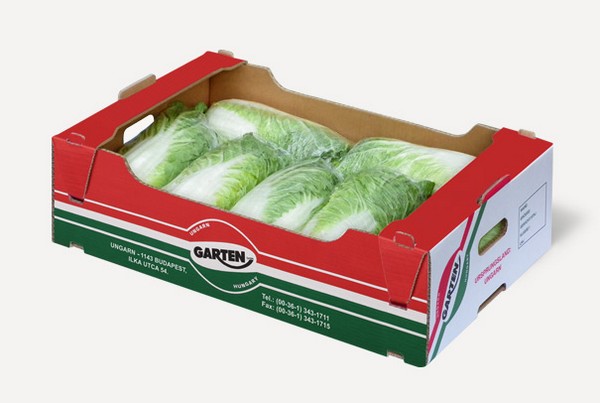 “Everyone is talking about rising costs, leading to higher prices. Labor cost, energy cost, everything is higher. In Hungary, we have more than 8% upward price inflation. Our currency has been relatively strong since January, which is a problem for exporters. We will wait to see what happens, it could change in a few months.”

“We don’t sell anything to Ukraine and also not to Russia. They produce in Ukraine and maybe a competitor for us in the Baltic. So they don’t have a big influence for us. They compete with us on watermelons and wall nuts but not on other products, so it’s really not a problem for us,” says Szegedi.

We will sue Stephen Roche for his Hungarian assets, Spanish officials say

Euronics ranks as the largest Hungarian-owned online retailer in 2021

The Hungarian government will not ban the pro-Russian march in Budapest!