Unfortunately, the outbreak of the novel coronavirus pandemic and subsequent restrictions have caused many hardships in the economy, and undoubtedly one of the hardest hit areas has been the restaurant and food service industries. .

While we can see light at the end of the tunnel, the latest period of uncertainty has caused the closure of many iconic and renowned culinary establishments across Hungary, including in Budapest.

One of the first large, well-known restaurants to close was Kárpátia. The distinguished establishment, which had been serving guests for nearly 140 years, was finally brought to its knees by the pandemic.

Standing proudly since 1877, the restaurant building was itself a piece of history, reflecting 19th century Hungary. You can find out more about the circumstances of its closure HERE.

2. Closure of the Olimpia restaurant

“Our goal was to make cheap food from expensive ingredients in a low-budget, cumulatively disadvantaged place,” said Csaba Ádám, the restaurant’s chef. You can read their decision in more detail in THIS item.

3. Closure of the Csalogány 26 restaurant

This is especially bad news for foodies since Csalogány was one of Budapest’s favorite restaurants.

The establishment was located between Batthyány Square and Széll Kálmán Square. It was a small family restaurant and had the ambiance of a retro restaurant, offering a great dining experience. Find out more about the circumstances of its closure HERE.

Located in the Balaton district, it had a terrace with one of the best views in the area.

Although the beloved restaurant, formerly known as Márga, has closed its doors, it’s not a final farewell. The place will undergo a transformation and turn into a wine tasting establishment. For more details, click on THIS item. 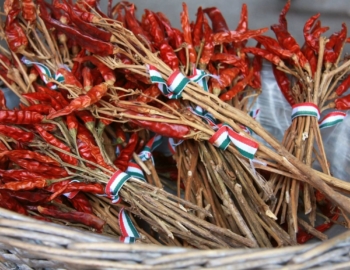 Forbes reported that the settlement of Balatonszőlős, nestled in the northern part of the Hungarian Sea, ended his multi-generational career.

However, fortunately, we can also announce good news. Several establishments took advantage of the confinement period to get a makeover or find new ways of operating.

Famous around the world, the iconic Hungarian restaurant and cafe also had to close its doors, the very first time after its 125 years of activity. However, it was only a temporary stop during which the owners took the opportunity to renew the interior of the establishment.

Their goal was to recapture the bustling vibes of an extinct era where visitors of all classes used to come Gundel for a delicious meal or snack.

According to Forbesthe Michelin-starred restaurant had to close its doors at the start of the pandemic, and since then it has also changed some of its staff.

The outlet wrote that the new consultant chef will be Danial Berlin Krog, who previously ran a prestigious Swedish restaurant that received two Michelin stars and was nominated as one of the 50 best restaurants in the world.

Petrus provided one of the best value-for-money dining experiences in Budapest. The French restaurant even earned the title of Bib Gourmand from the Michelin Guide, but unfortunately lost it during the period it had to close its doors. According to Forbeshowever, it will reopen and await foodies from March.